How to use Chnlove.com intelligently?

Nowaday, more and more people tried to find their partner through online dating site. Also, I am one of those dating site member on Chnlove.com. From my perspective, I can really summarize how we can use Chnlove.com intelligently to establish the relationship with our interested ladies.

Main thing we need to realize in Chnlove.com 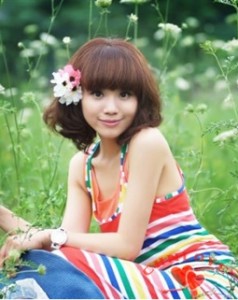 Yes the photos are studio is an important part. I will tell you that the first few Chinese women I met on Chnlove.com were very cooperative about sending me real photos and as you indicated I still was not displeased. I was looking in the 34 – 42 range. The photos were certainly enhancing of their faces but the bodies were true to form. I found all of them delightfully attractive (except one). To date I have met 9 Chinese woman from Chnlove.com, her photos were very similar to her real appearance. What I found out about a month after I met her was that she never received all the letters we supposedly shared until the day after I left from my first visit with her. In essence the agency translator did all the responding and my now current wife did not even know I was coming until the day before I arrived when the agency asked if she would like to meet me at the airport. The agency never told me this, she did. I was livid and did not talk to her for a two days. However, after recognizing she was not part of the deception I let it drop (though I refuse to pay the agency any marriage fees, which they do charge). The thing is that we hit it off and we would not have met had it not been for the agency but it was deception and I would be concerned with that with any Chinese woman you meet on Chnlove.com.

To communicate intelligently with Chinese women, there is a very very important thing we all have to remember is: They are not American women, these Chinese women believe in the more love and tranditional, meaning real commitment. That’s something that we men (at least in America) are not really accustomed to. I kind of envision these Chinese women as having more of the attitude of the American woman of the 1950’s – the man provides security and stability and, in turn, the Chinese women provide undying commitment, love and devotion. Myself, after a 17-year marriage and a 5-year committed relationship after that, I am READY for a woman’s REAL love, and not just someone looking for a human ATM. I’m going to see my lady in August (despite the weather conditions there in the summer!), and at least a couple of more times before next Spring, when we will likely get married.Good luck in your relationship! I’m having the feeling that the men who meet women on this site are the luckiest guys alive!